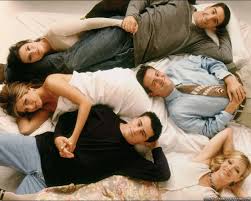 Growing up, Friends was her favourite show on TV. Though her parents did not approve of her watching English channels because of the â€˜bad influenceâ€™ that they were, Asha did her fair share of sneaking around and ensured that she watched all the episodes at least twice. She envied the kind of friendship that Ross, Chandler, Monica, Phoebe, Rachel and Joey shared and joined in their friendly banter with her own fits of hysterical laughter.

Girls in India are caught in the drift when they reach a particular age. They suddenly face a dilemma as to what to focus on in their life, whether to make a career and ensure a living or to get married and secure their life. Girls who remain single after the so called marriageable age are frowned upon by the society and are considered a burden for their families.


Throughout the month of April, thanks to the AtoZ Challenge, I am trying to portray the life of Asha, a common Indian girl with dreams and aspirations. Everyday we focus on one alphabet starting from A on April 1st till Z on April 30th. Stick with me till the end of the journey and do tell me what you think of my writing and my Asha.